What is the Heat Island Effect? 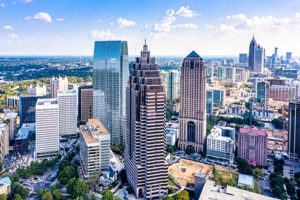 The ‘Heat Island Effect’ is one of the most pertinent environmental issues urban areas are facing in the 21st century. The term ‘heat island’ refers to man-made urban areas that are significantly warmer than neighboring rural or green-covered land. The heat island effect is the phenomenon by which cities with populations of over 1 million can be 1-3 degrees Celsius warmer than rural surroundings. In some cases, temperature variations between developed urban areas and rural surroundings can be as high as 22 degrees Celsius in peak summer conditions.

What causes the Heat Island Effect?

Urbanization causes change in land-usage, open land is often developed on. This reduces green cover in big cities in the modern world. Concrete pavements, roads, buildings and other structural developments are what urbanization entails. It is integral to understand that with increasing structural development in cities, there are incremental rises in energy consumption and heat emission by buildings. The heat emissions are responsible for a huge percentage of rise in temperatures in urban cities. Along with this, another major factor are roads which are typically darker surfaces than sidewalks–usually black or gradients of grey. The heat island effect is most prominent in the summer. With increases in temperature during the summer there are a variety of urban city components that are influenced. Firstly, commercial and residential buildings consume more energy when warmer temperatures as their HVAC systems require higher energy intensity to cool

buildings for occupant comfort. This added consumption of energy results in greater levels of heat and greenhouse emissions from buildings. Secondly, roads and pavements absorb a significantly higher amount of heat energy in warmer temperatures as they are dark in color and the materials used to make them have low solar reflective indexes. Solar reflective index refers to the ability of a material to reflect solar energy back into the atmosphere. Another of the various reasons for the heat island effect in urban areas is due to the application of low solar reflective index roofs in buildings. It is common to see buildings with weathered and dark roofs that absorb higher amounts of heat energy, resulting directly in HVAC systems using higher amounts of energy to maintain cool temperatures in buildings during warmer climatic conditions.

The USGBC has made a host of recommendations to tackle this issue with the intent to tackle the heat island effect to preserve human and wildlife habitats.

Some of these recommendations include:

The Top 5 Reasons Why Floating Solar Panels are the Future

When is the Right Time for Energy Audits

Water Usage May Be the Key to Becoming Net Zero

Could This Be the End of Food Deserts?