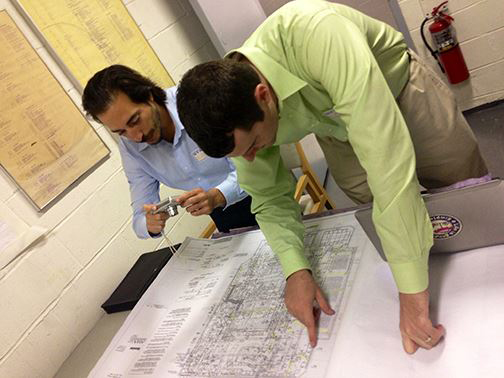 Did you know the commercial building sector wastes up to one third of a typical building’s power use1? Before delving into what a smart grid represents, it is important to understand what a smart building comprises. Green Tech companies are hired to meet the needs of building energy management programs. The first step the Green Tech companies take to make a building “smarter” is to identify and fix obvious sources of waste, which involves low-tech steps of replacing old fluorescent lights with newer, more efficient models, or upgrading an HVAC system either latest high speed vans as well as high-efficiency compressors and chillers1. This all sounds like a streamlined and easy process, however, a lot of negotiation happens between the building owners, the tenants, and the budget allotted to the hired green companies. An end goal would look something like 10 to 20 percent off power bills, which isn’t meant to be connected to the grid altogether.1 But what does a smart grid look like? Building a smart grid considers buildings and campuses to identify energy saving potential and then work with partners to install the demand response capabilities into the energy market on the grid1. To measure the energy buildings demand, automation systems need to be installed that tract accurate energy measurements. This requires installing sensors or conducting analytics to estimate building costs against the meter readings1. 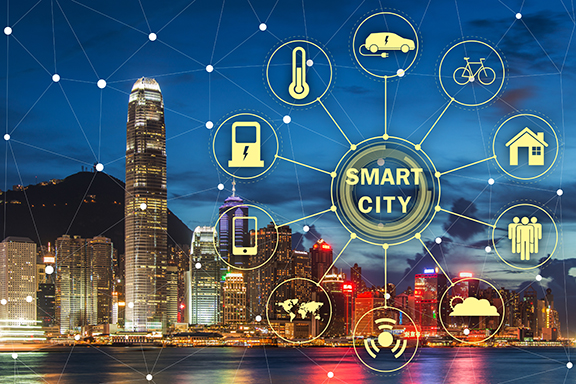 A scientific article published by the French Academy of Science states that, buildings connected to smart grids can significantly contribute to a decrease in fossil energy use and increase the demand for renewable energy in the framework of climate constraint2. This article also refers to smart buildings being the first adaption to the smart grid concept on the micro level. How is this accomplished? The idea is to propose a multi-source, multi-load, and multi-storage system all orchestrated by information and communication technologies2. In shorter words, allowing energy efficient constructs to “communicate” with the grid they run from. This construct revolves around the ever-changing nature of our information and energy use abilities. Concerning the management of the smart grid, “software would be responsible for identifying current energy market constraints such as price, weather forecast, and other external / internal constraints and in turn, connect to PV panels, wind turbines, fuel cells, electric vehicles ect”2.

According to the US Department of Energy’s Office of Electric Delivery and Energy Reliability team, our current electric grid was built in the 1890s, with improvements being made each following decade3. Today it consists of more than 9,200 electric generating units with more than 1 million megawatts of generating capacity connected to more than 300,000 miles of transmission lines3. The aim of the smart grid would be to allow for two-way communication between the utility and its customers. To the Department of Energy, the smart grid represents an unprecedented opportunity to push the energy industry into a new era of reliability, availability, and efficiency that is expected to contribute to our economic and environmental health3. Implementing such a new technology across the entire country will be costly and take time but should improve the overall wellbeing of not only the United States but globally as we fight to combat climate change.

Some US cities have already taken the initiative to implement the smart grid, the top 3 being: Austin, Texas who received a grant from the Department of Energy and other research partners to implement a 700-acre initiative across 500 homes4. Chattanooga, Tennessee, who owns a sophisticated 100 percent fiber-optic networks that has reduced customer outage hours by 40 percent4. And Chicago, Illinois who signed a 200-million-dollar smart grid deal with ComEd to install 4 million smart meters into the city between 2013 and 20214. There are many other cities across the nation looking to improve upon energy usage, especially in locations where there may be a higher demand. For example, on October 8th, 2019, Pacific Gas and Electric shut off power to an estimated 800,000 people across Northern California in attempt to avoid creating wildfires caused by winds damaging power equipment5. The black-out affected 34 counties and resulted in the biggest power shutdown so far in attempt to reduce wildfire risk related to heavy winds5. Locals continue to worry about buying supplies in advance and having the money and means ready when the outages occur. As a proposed solution, California would benefit from looking at installing multiple state-wide smart grids. Having a smart grid installed would allow for remote access to certain areas and could possibly implement infrastructure less at risk for starting fires during heavy winds.

In an ideal world, every US resident would be able to power their house, their car, and other utilities via solar panels which could (via smart grid) mandate the direction and flow of power at any given time. For example, imagine being able to run a dryer at night, or pull power from your house to your car if necessary. Regardless of a scenario being worst-case, the presence of a smart grid is nothing short of a positive direction.