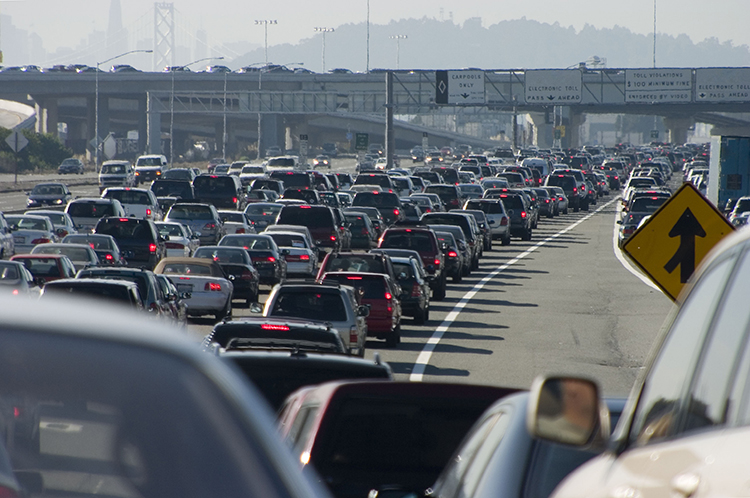 Climate change is considered to be our planet’s biggest health problem. Every day, the socially appropriated method of solo commuting is directly contributing to the release of greenhouse gasses. We seldom think about the harmful byproducts of our daily transportation.

In 2013, it was reported that of all the U.S. daily commutes to work, 76.4% are of people driving alone.[i]  According to the Inventory of U.S. Greenhouse Gas Emissions and Sinks: 1990-2015[ii], our collective daily transportation in the U.S. constitutes about 27% of the total greenhouse gasses released. As high as this number is, rates are continuing to increase. For example, transportation is expected to release 36% of U.S. carbon dioxide emissions by 2020.[iii]  To put this statistic into perspective, most of the U.S. industrial processes that emit carbon dioxide through fossil fuel combustion contribute 15% of annual carbon dioxide emissions.

Let’s break down how much of these carbon dioxide emissions are wasted. The amount of carbon dioxide released by each car is quite unnecessary for the transport of only one person. Because cars are inherently designed to transport typically five people, a solo commute is adding 500% more carbon dioxide to the atmosphere and, not to mention, a 500% increase in paid gas.  According to Citi ThankYou Premier Commuter Index, the average cost of an American commute to work is $2,600 a year.[iv]  In trafficked cities, delayed costs for commuters add up to about $38,000 over a 40 year-career. A clear solution to the environmental and personal costs of solo conventional driving is alternative transportation.

In order to receive these credit points, green buildings can incentivize their occupants to commute more sustainably by providing preferred parking for fuel-efficient cars, alternative fueling stations, public transit and bicycle subsidies, and access to a low-emitting vehicle-sharing program. 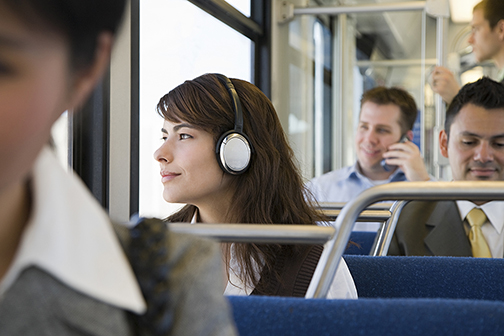 Depending on the location, commercial buildings can earn LEED points more easily than others. For example, 1633 Broadway in New York City is a LEED Certified building retro-commissioned by SIG.  Having only 225 parking spots and being only steps away from the nearest subway stop, 1633 Broadway is able to produce a 96.79% rate of occupant alternative transportation (according to a SIG survey). In Atlantic Station in the Midtown district of Atlanta, a less dense and less accessible area by means of alternative transportation, 171 17th Street is a LEED Silver commercial building owned by Wells Fargo. With worse public transportation access, in order to earn the LEED points for this credit, compliance options in alternative transportation must be sought out.  According to a building survey, about 80% of 171 17th’s occupants commute in solo conventional vehicles. To combat this high rate, 171 17th Street’s building site provides a subsidized shuttle service to train and bus stations, discounted transit passes rewarded for carpooling, and EV charging stations for hybrid/electric vehicles. 171 17th Street received LEED Silver certification from a recertification process done by SIG.

The USGBC is encouraging commercial buildings to fight against climate change. As citizens of a country with the highest emission rates per capita, it is important we recognize the complete personal and environmental consequences of our mundane work commutes. Hopefully once the benefits of alternative transportation are widely recognized, more of the 109 million U.S. solo commuters will be encouraged to join the fight.

If you would like more information about how to promote alternative transportation at your property, please feel free to contact SIG with any questions. We would love to hear from you and give you applicable advice on how you can reduce carbon emissions to be more sustainable.