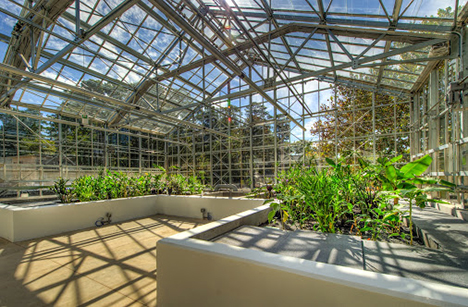 Students scurrying to the art building to present for their final critique or athletes jogging to their intramural softball game on Candler Field often don’t realize they are passing one of Emory’s newest and most innovative projects. In fact, they are literally walking on top of it!

Nestled between the sorority lodges and the baseball field lies the Emory WaterHub. The WaterHub is a reclamation plant that intercepts wastewater that would normally be sent back to DeKalb County’s liquid waste stream and treats it on campus instead. Hydroponic technology, or more simply growing plants in water rather than soil, allows Emory to naturally treat approximately 300,000 gallons of wastewater a day through natural biological processes!

The water passes through three main phases. Initially, it is kept in a tank where small plastic balls with hollow shelves circulate as air is blown into the tank. The hollow shelves provide surface area for microscopic organisms that filter the water to inhabit.

Once the water reaches a certain level of purity, it empties into a trough beneath a variety of tropical plants. These plants live in a green house, and their roots grow into the gray troughs, where the water is waiting to be treated. Another generation of microbes use these plant’s roots as habitat, similar to the purpose of the plastic balls mentioned earlier.

Beneath the natural roots, artificial roots intertwine like a hollow honeycomb. They provide even more surface area for the voracious microbes. Brent Zern, the environmental engineer for the project, describes this synthetic ecosystem as “microbes on steroids” because the engineers are providing the microbes with copious amounts of air and water. This increases the rate that the microbes are able to filter the water.

In the last stage, the water flows to a lower site in one of the Emory fraternity’s backyard where native Georgia plant species further purify the water. Finally, the water is pumped back to the main area and ultraviolet sterilization is used to remove any remaining viruses. A small amount of chlorine is added to ensure drinking-level quality to the water.

However, the water is not used for drinking. Instead, Emory uses it for the campus’s steam plant and the Michael Street, Raoul Hall, and Woodruff Memorial chiller plants. In normal buildings, these systems would use drinking water from the county, but with the new WaterHub, the water previously returned to the municipality as sewage is now being recycled and reused, all on Emory’s campus. 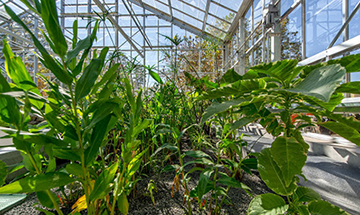 The WaterHub helps both the environment and Emory’s budget. The university will save millions on water utility expenses. It also lessens the amount of water sent to the county for treatment. Approximately 110 million gallons of treated drinking water will be conserved and substituted with the treated sewage water.

Water conservation is a growing concern for environmentalists. The State Department reported that by 2030, the U.S. demand for water will exceed the supply by 40%. To sustain fresh water sources for generations to come, scientists must find new and innovative ways to treat and reuse water, much like the WaterHub.

Ciannat Howett, the director of sustainability initiatives at Emory, says Atlanta’s position as, “the epicenter of local water challenges” makes water conservation crucial. As the largest municipality in the U.S. with only one major water source, Atlanta is constantly struggling to provide enough water to its residents. Legal battles with Florida and Alabama have ensued for the last 25 years over water rights. Emory set a goal to reduce water usage by 25% per square foot by 2015 in its latest strategic plan. In 2007, Emory used 284,426,000 total gallons of water and in 2013 used 213,681,000. This means that over six years, Emory made a 70,745,000 gallon decrease in their water consumption, and this doesn’t even include the water being saved by the WaterHub!

The WaterHub is the only one of its kind on any U.S. campus. It was a risky move to build the innovative and untested technology, but it is clearly paying off. Emory University hopes to continue to advance technology for water conservation to be implemented on both campus-wide and global scales.