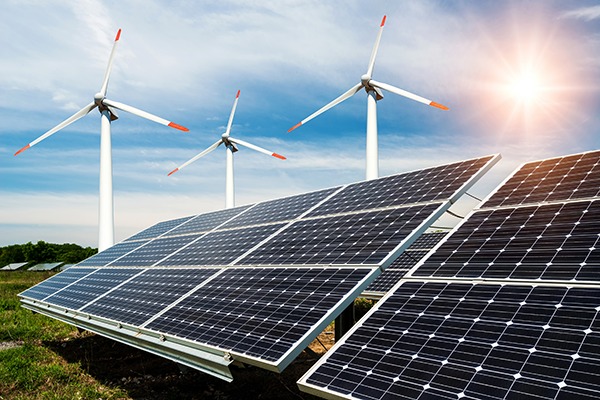 In 2015, several Fortune 500 companies pledged to use 100% renewable electricity. Goldman Sachs, Johnson & Johnson, Walmart, NIKE, and Starbucks are just a few of the companies that have pledged to lead the way in renewable energy. These companies joined the small number of companies who committed to renewable electricity usage in 2014, like IKEA and Nestle.1 Corporations can also help fund the development of renewable energy that feeds electricity into their regional grids. For example, Facebook helped develop a wind farm in Iowa that was able to provide wind power to the regional grid. This allowed Facebook to claim 138 megawatts worth of renewable energy certificates that covered its Iowa data center.2 How can other corporations follow their example with green energy usage?

The EPA listed the largest green power users of 2018 within its Green Power Partnership – a voluntary program designed to expand the United States’ renewable energy markets through the use of green power. Microsoft commits to use 100% of green power electricity usage, which amounts of 4,557,278,000 kWh through wind and solar power. Intel Corporation also pledged to use 100% of green power electricity usage, which is 4,152,034,623 kWh of biomass, geothermal, small-hydro, solar, and wind power. Google generates 2,409,051,735 kWh in biomass, small-hydro, solar, and wind power, which accounts for 53% of the company’s energy usage. Apple uses biogas, biomass, small-hydro, solar, and wind energy to generate 1,650,398,166 kWh. That amounts to 107% of their energy usage. Bank of America offsets 89% of their energy usage, which is 1,619,459,537 kWh, through solar and wind energy.

Why purchase RECs, though? They are not electricity but are purchased in order to promote renewable energy. RECs reduce a building or a company’s carbon footprint and support the renewable energy market. They also allow companies to use renewable without installing facilities like solar panels. RECs are a great way for businesses and properties to become more socially responsible, too. Companies and businesses that want to become more environmentally conscious and invest in green power should consider if RECs are right for them. Properties and buildings that are interested in LEED certification can also earn up to six points by purchasing RECs.