The History of ENERGY STAR 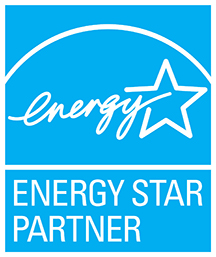 ENERGY STAR was once an unfamiliar program in the United States. However, it is now the international standard for energy efficient consumer products. It was launched in 1992 by the Department of Energy and Environmental Protection Agency (EPA). Since its creation, the program has been adopted in numerous countries such as Canada, the European Union, Australia, Taiwan, Japan, and New Zealand. 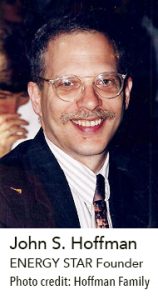 The “Father” of the program was actually developed by John S. Hoffman, an inventor of the Green Programs at EPA. Hoffman was also the first person at EPA to study and identify climate change as a considerable environmental risk. In fact, he developed a sequence of groundbreaking charitable programs that reduced greenhouse gas emissions such as ENERGY STAR.
Actually, legend says that Hoffman got his brilliant idea for ENERGY STAR after a walk through the EPA offices in the evening. It is said that he wanted to see how many people wasted energy by leaving their personal computers (PC) on after they left work. To his dismay, many forgot to turn off their computers. Hoffman also figured that if most of his Eco-friendly staff forgot to be efficient, then much of the general population had to be a lot worse. This is when he surmised that a technical solution for powering down a PC was necessary. And therefore, ENERGY STAR was initiated.

Hoffman worked diligently with the IT industry at the EPA. In due course, the program was implemented by Brian Johnson and Cathy Zoi. Originally, the program was designed as part of a voluntary program sequence like the Methane Programs and Green Lights. The programs were intended to validate the possible profit by decreasing greenhouse gases emissions and energy consumption.

In the beginning, ENERGY STAR started with labels for printer devices and computers. However, by 1995 the program had multiplied tenfold. Labels were then introduced for new homes and residential heating and cooling systems. By 2006, there were over 40,000 ENERGY STAR products for consumers such as home electronics, major appliances, office equipment and lighting to name a few. Moreover, the label was now available commercially as well as residentially. For instance, ENERGY STAR could be found on traffic lights (LED), low standby power products and Power Management for offices like copy machines, PC’s and GPU’s.

The switch to more Eco Friendly devices is substantial. In fact; it is estimated that there was a savings of about $14 billion in energy costs in 2006 alone.

By 2008, the EPA developed the Green Power Partnership program. This program was a great expansion designed to assist with boosting the utilization of renewable power sources. Businesses and companies without ample access to renewable power have the ability to obtain renewable energy credits (REC) to attain their goals. However, businesses cannot buy RECs years ahead of time. Actually, the program only consents to RECs when there is an actual equivalent renewable power that is produced.

Sustainable Investment Group (SIG) is a green building consulting firm headquartered in Atlanta, GA with locations in Boulder, CO, Minneapolis, MN, New York, NY and San Francisco, CA. We are renowned for providing ENERGY STAR services for buildings throughout the U.S. As well, SIG was awarded the

ENERGY STAR Partner of the Year Award in 2016.

Our mission is to help improve the built environment by inspiring management and safekeeping of the natural environment. Indeed, Sustainable Investment Group (SIG) exists to create leaders to be responsible with our resources, rejoice in the success of others, foster enriching relationships, and leave our world a better place than we found it.