Electric Vehicles: Then, Now, and Where We Are Going

Then: The Emerging Market

The electric car and concept of the electric motor is much older than you may imagine. Try and take a guess when the first electric vehicle hit the road in the United States. 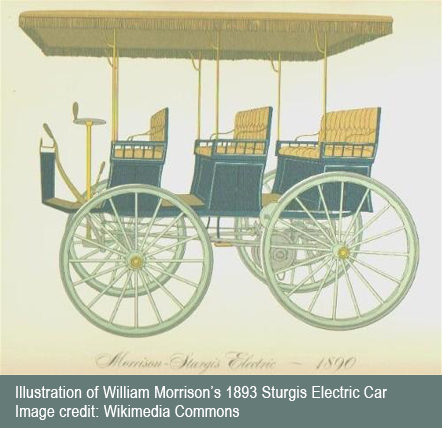 Did you guess 1890? If so, amazing, hats off to you! However, if you were far off like me, that’s perfectly okay because we don’t really hear much when it comes to the history of EVs (electric vehicles). William Morrison was a chemist in Des Moines, Iowa when he engineered an electric wagon that could transport up to 6 people at the top speed of 14 miles per hour. As a result of the rising interest in EVs, several automakers entered the market in the 1900s resulting in a full third of all vehicles on the road1.

The first hybrid car was created by Ferdinand Porsche, the same owner of the sports car company, however, the sustainable car industry was hit hard by the introduction of Henry Ford’s model T which made gasoline vehicles accessible and attainable to a majority of the American public1. It wasn’t until gas and oil prices in the early 70s soared, that the US congress took an interest in renewable energy and passed the Electric and Hybrid Vehicle Research, Development, and Demonstration Act of 1976.

Fast forward to 1997, Japan invented the Toyota Prius, which became the world’s first mass-produced hybrid electric vehicle and successfully reached the global market1. Following in the footsteps of Toyota, a small company we now know of as Tesla released electric cars via their factory located in Silicone Valley during the year 2010. Also, around this time the Chevy Volt and the Nissan LEAF were introduced into the market1.

What did people think of the Prius, Leaf, and Tesla vehicles?

According to a 2009 Forbes owner of the Toyota Prius, the car design both externally and internally has not changed much from the 2019 model. However, the 2010 model features a gas tank which has a gas tank designed to optimize fuel use. This was good in theory, however, owners of the 2010 model experienced problems in the wintertime when they would try to top off their gas tanks and were unsuccessful as a result of the design meter not being sufficient during the cold weather2. The original Nissan Leaf sports a range of only 99 miles and a 24KWH engine6. In this circumstance, I believe the distance of less than 100 miles deterred people from investing in a Leaf initially. In 2010 the Tesla Roadster was released with a maximum charge distance of (an estimated) 220 miles with a base price of $110,9507. Such a high price limited the number of people who had access to the car.

The 2019 Prius took into consideration the 2009 Prius gas tank design issue and adjusted accordingly so that owners will be properly able to fill their tanks during the wintertime2. The 2019 Leaf that released in the spring of this year offers more than 200 miles, as a result of consumer demand for minimum miles for driving range. It also features a 62-kwh battery pack that estimates around 226 miles and runs a base price of 30193. The 2019 Nissan Leaf plus is rated at 215 horsepower and weighs and additional 140kg (308 pounds) more than the 40-kwh version. The price of the Leaf plus runs an additional $5,500 from the base price of the 2019 Leaf3. A model 3 Tesla is considered a much more affordable option for the everyday family with a base price of $32,815 and can average 310 miles 8.

Future of Electric Vehicles in the United States 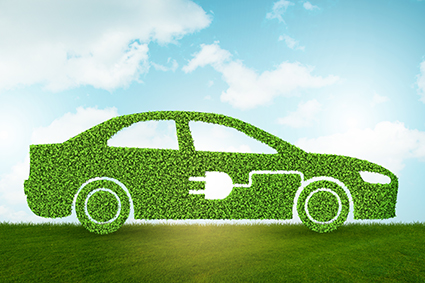 We have been seeing an increasing amount of Tesla models (both model x, Roadster, s, and 3), Nissan Leaf, and Prius owners on the roads within the past 10 years. The number of Tesla models on the road is expected to increase as Tesla is working to produce several thousand new model 3 vehicles from pre-orders alone. Currently companies such as GM and Volkswagen are starting to invest in charging networks5. I personally, am excited about the Bell Flying Nexus, a flying vehicle for horizontal transportation, which we can expect to see within the next 10 years5.