Every year 1 billion people in over 190 countries put their differences aside and come together for one day to celebrate the great planet that we all call home. That day is Earth Day, and it has been celebrated worldwide on April 22 every year since 1970. So, what exactly is Earth Day?

What is Earth Day? 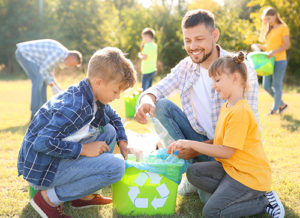 In the 1960’s the first waves of the environmental movement were just beginning, as people across the country were starting to become weary of our impact on the environment through industrial practices and day-to-day activities. This decade of increasing environmental activism culminated in 1970, when Wisconsin Senator Gaylord Nelson wanted to have national “teach-in” about environmental concerns, and he selected the date for it to happen: April 22, 1970. The first Earth Day was celebrated, and 20 million Americans took part in demonstrations and rallies calling for environmental protection against pollution and wildlife destruction, which resulted in environmental protection coming to the forefront as a primary concern in America [1]. The birth of a large-scale environmental movement was largely due to the introduction of Earth Day, and now nearing its 50th anniversary, it has spread an international message of hope and change for a better future. 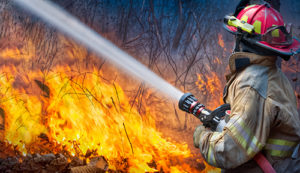 In 2019 the main theme for Earth Day was “Protect Our Species”, where the main goal was to bring attention to the rapid loss of biodiversity being seen today, and 1 billion people across the world came together to help towards this cause. This year, Earth Day is tackling the topic of climate action, as they’re trying to bring attention to the crisis of climate change, which is one of the largest existential threats to humans today. By bringing further attention to this topic, the organizers of Earth Day hope to put pressure on public officials to make serious policy changes towards a more sustainable future, where the impacts of climate change can be reduced.

What is Climate Change?

It seems like you can’t go a day without hearing someone talking about climate change, global warming, or the climate crisis, and how we must act quickly to prevent its full impacts. But you still may be wondering what exactly is causing climate change and why is it such a big deal? Well climate change is caused by the “greenhouse effect”. As the Earth’s atmosphere fills with a variety of “greenhouse gases” such as carbon dioxide, methane, and even water vapor, these gases tend to hold the sun’s heat in the atmosphere by acting like a blockade preventing heat from escaping, acting like a greenhouse. Many of these greenhouse gases can be attributed to human activities as well. For example, methane is produced from landfills, agriculture, and domestic livestock, while carbon dioxide levels have vastly increased because of deforestation and the burning of fossil fuels. Many of these practices have grown since the Industrial Revolution, but in the last 50 years there has been a noticeable increase in human-caused emissions of greenhouse gases, with atmospheric carbon dioxide levels being much higher than before the Industrial Revolution [2]. Since the first Earth Day in 1970 the global average temperature has risen 0.3 ℉ each decade [3]. At face value, may not seem like such a big deal, since it is only 1.5 ℉ over 50 years, but it could have grave consequences. This temperature change is much faster than it has been since well before the Industrial Revolution, and it has resulted in a host of issues and could cause further damage in the future. For example:

How can we help? 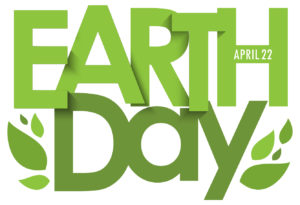 There are a lot of ways, big and small, that you can work as an individual or as a company to reduce your impact on climate change. Here are a few examples:

On a company wide level, creating a culture that encourages sustainability for all employees is an important first step. You can start by having small educational lessons, implementing recycling and composting programs, while ensuring that employees know the proper items to dispose in each system. You could also start on showing each employee ways that they can save electricity on the job, to save energy overall. Also, here at SIG, we specialize in LEED and Energy Star Certifications, which can help your company and building become more environmentally conscious, while reducing your environmental footprint. With our help and our passion for sustainability, you can not only save money over time, but help the environment by creating a more energy efficient and ecologically friendly space.